Skip to content
2 February 201214 March 2016 Sciolist
What is common between Jay Leno, Salman Rushdie and Jeremy Clarkson??? Amongst the other obvious things (like being aged celebrated figures), all of them have been asked to officially apologize to Indian public in the country and all over the globe!! And that too for infinitesimally small reasons which quite frankly should have been ignored. Our government has long been resorting to swords where a blindfold should have been used. One more example of the same would be the ‘official’ people driving out M. F. Hussain saab. 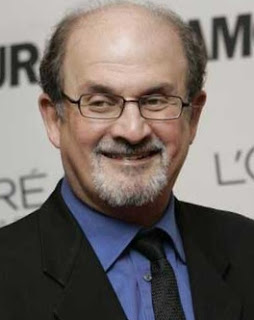 I think it would do us well at this stage to ask ourselves, the common people, are we really offended by some juvenile comments? Also, do we need to be offended by (with no disrespect to the artists) essentially a stand up comedian who sells his soul for drawing a laugh or writer who is putting down his views?  If I were to answer that question, I would respond with a belligerent and unyielding ‘No‘. Unfortunately, to get that kind of an absolute answer from 1.2 billion Indians is an irrealizable and an insurmontable task. More so because of the subjective nature of the question. Not to mention the various theological sinuousness it involves! But whichever way the answer goes, I believe its absurd for the Indian government to get involved in all these matters. I mean, the issue is not concerning the Indian state in anyway. Its not encroaching upon India as a republic, secular or a democratic state, nor is it judicially or legally deleterious in anyway. Agreed that for some it has a religious mordancy involved, but it should strictly not be handled by the government.

History has long displayed that sadly, whenever there is a question of religion involved, there are always accelerated and juiced up emotions gushing around. See, we have three areas of concern here. For the people who answer the above inquests with a positive, there is a deep need of a catharsis. People need to be more liberal. We need to broaden our mindsets. India is the largest democratic state in the world. We really need to banish such conservative proclivities. And if even liberals feel that their religious sentiments have been offended, and if they wish an apology from the delinquent, then they must come up with a different channel, someone other than the government. Firstly, as I have fore- mentioned, the government has no business in this predicament. Secondly, if the aggrieved are demanding an apology, I expect, that they expect the offenders to be remorseful. Whether pressurizing them into an apology using the heavy hand of the Indian bureaucrats is going to serve the cause, is questionable. Obviously, such an apology is no testament to the contrition of a guilty mind; actually, its much the opposite. The offender is under duress and the now self- reproach is a meaningless attempt to save face. Instead, it would be more eloquent if recourse is taken to premier religious bodies. This would ensure that both a chivalrous as well as staunch demand for indemnification is made.

The second area of concern would be the death threats that these so called wrong- doers have to bear. The extremists actually go to the length of threatening these exemplars and driving them out of the country. Just today Times of India ran an front- page article on the atrocities that Taslima Nasrin had to face. Its the same that M. F. Hussain saab or Salman Rushdie had to face! I understand and sympathize with the people who are religiously agonized! But then, which religion preaches harm to human life? Aren’t the people who give these death threats in the name of protecting or reacting to an attack on their religion themselves making a mockery of their own sacrosancts and praxises? The afflicted should demand apologies from these ill- hearted fascists!

Thirdly and lastly, I would like to reiterate that we need to be liberal about these religious issues.  Its reproachful that we cannot tolerate petty comments on our beliefs! What is a belief in absence of tolerance? Accepted, that one of the core fundamentals of a secular existence lies in religious tolerance. But remember, both religion and tolerance have equal weight-age in the same. We need to be more tolerant about all these issues. And more importantly, we need to channel our energies towards more significant and urgent issues on hand! If people really want to fight against something, there are millinery other issues, for which the GOI has to apologize to the Hindustani janta. Kasab has still not been convicted, crime against children, women and old is still on the rise, farmers are still committing suicide, girl child is still banished, the common man has no faith in the safety and the security measures taken by the defense system. The list goes on and on. Why don’t we demand an apology from the politicians and the Indian Government? Definitely these issues hurt us more than some firangi comment or some novel! The taxpayer’s money is at stake here. So are his safety and sentiments. Why do we show apathy in issues where we need to raise a voice? Mumbai bounces back after bomb- blasts. Bullcrap. We bear this almost every year. Why so? Why aren’t these issues  taken up by the same fervent politicians and individuals who otherwise demand an apology from these artists? Indifference. Apathy. Stoicism. Not the spirit of Mumbai. Not India shining. That is the hard truth. I feel, thus, that there is a need of an expurgation. We need to direct our staunch beliefs in the right direction. The Satanic Versus The Lenonic do not afflict our lives as much as these demonic debaucheries. After all, it is a question of our  faith, solitude and existence.

Demanding an apology for all this lassitude.